The 10-6 Oregon Ducks are in Tucson to face the 13-4 Arizona Wildcats.  The Ducks have struggled early in conference play and are 1-2 in Pac12 games while the Wildcats are 1 of 3 unbeaten Pac12 teams at 4-0 in conference play.

Oregon’s Dana Altman and Arizona’s Sean Miller are 2 of the best coaches in the Pac12.  This is Altman’s 9th year at Oregon and during that time he has yet to have a season with under 20 wins.  Only in his first season has he had a losing conference record and under 10 conference wins.

Arizona’s Sean Miller is in his 10th season in Tucson and has won 77% of his games.  Most impressive is the fact that Arizona has finished first in the Pac12 regular season 4 of the last 5 years (including a tie for 1st with Oregon in 2016-17) and has won the conference tournament 3 of the last 4 seasons.  Oregon being the team to win when Arizona didn’t during that stretch.

Altman and Miller have faced off 15 times during their tenure as Pac12 coaches.  Arizona has won 8 of those matchups and twice has the game gone to OT.  In both OT games Oregon won. 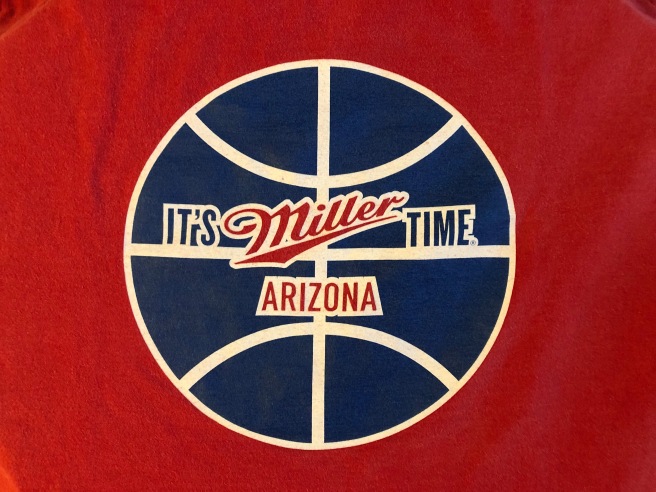 Both teams have faced quite a few obstacles recently.  Oregon lost 7’2″ freshman center Bol Bol to injury for the season as well as starting sophomore forward Kenny Wooten for a number of games.  Wooten is expected back soon and could suit up tonight but is not expected to play.  Arizona recently lost key reserve Emmanuel Akot.  Akot decided to transfer and sit out the rest of the season.  The Cats will have to look to Ryan Luther, Ira Lee, Dylan Smith, and Devonaire Doutrive to pick up the extra minutes left behind by Akot’s absence.  Akot was averaging 20 minutes per game along with roughly 4 points and 3 rebounds.

Offensively Oregon is still a highly skilled team even without Bol and Wooten.  As a team they shoot a respectable 35% from 3-point range.  One area they’ve mysteriously been having troubles is free throw shooting.  They were an excellent 76% out of conference.  But in their 3 conference games they’ve dropped off to a paltry 62%.  Freshman Louis King, however, has come to life during conference play.  He missed the first 7 games of the season recovering from a torn meniscus.  In Pac12 play he’s averaging 32 minutes, 19 points, 9 rebounds and is shooting 40% from 3.

Paul White could be a matchup problem for the Cats.  He’s a very good inside/out player who is just as comfortable working the low post as he is shooting the 3.  Without Bol or Wooten on the court White has stepped up and has been averaging 16 points and 5 rebounds with those two on the sideline.  Of the 5 starters, only Okoro isn’t a threat to step out and shoot from distance.  Pritchard, Bailey Jr., and Richardson are all capable of big games.

Arizona has started off Pac12 play on fire.  They were shooting 32.6% from 3 before conference play and in the 4 conference games so far they are shooting 40% from 3.  They are also just shy of a blistering 82% from the free throw line in those 4 games.  The loss of Akot for Arizona is a bit troubling due to already being a team with limited depth, but when a disappointment or obstacle appears so does an opportunity.  A number of players should see increased minutes and will have a chance to step into a more important and regular role.  And that will most likely be determined just as much by defensive ability as by offensive production.  Arizona has limited teams to an average of 66 points per game this season (45th in the NCAA) and 68 points per game in conference play.