The 2nd place Utah Utes will host the 10th place Arizona Wildcats tonight.  The home court advantage theory hasn’t played out this season in conference play so far for the Utes.  They are 5-1 on the road and 2-3 at home in Pac-12 play.  In their last home series they got swept by the Oregon schools but are coming off 2 impressive road wins against USC and UCLA.  Arizona is on one of its worst losing streaks in recent history.  We have to go back to the 1983-84 season (Lute Olson’s first season in Tucson) to find 5 Wildcat losses in a row.

Players To Watch for Utah: 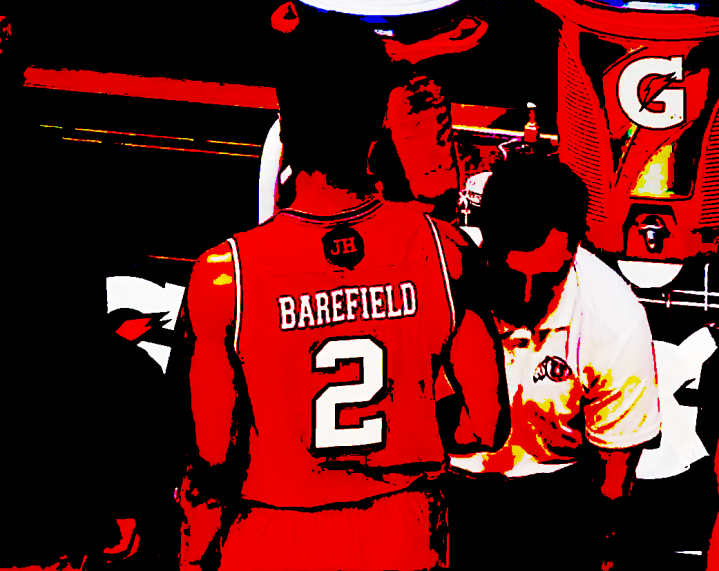 Offense:  Utah is 2nd in the Pac-12 averaging 78.4 points per game and are one of the best shooting teams not just in the conference but overall.  They are 39th in the country shooting just under 38% from 3 and 48th in the country with a 55% 2-point percentage.  Barefield might be the best guard in the Pac-12 and is certainly one of the most difficult to check.  They are a deep team with 9 players averaging over 12 minutes per game.

It doesn’t look like Arizona will get Freshman guard Brandon Williams back tonight.  He’s missed a couple of games already with a leg issue.  The Cats have struggled on offense and are last in the Pac-12 with only a 40% field goal percentage.  They are a decent 35% in league games from 3 but were only a combined 10 for 41 in their recent two home losses to the Washington schools. They are 2nd in the Pac-12 in offensive rebounds not particularly due to aggressive ball-hawking but mainly due to so many missed close shots and attempted put backs.

Brandon Randolph is shooting 30% from 3 for the season, but during the Cats last 7 games–in which they were 1-6–he has shot 17% from 3 making only 5 of his 29 attempts.  His overall shooting percentage has dropped from 45% in the non-conference to 30% in league play.  His 2-point percentage has dropped from 53% to 33%.  His free-throw percentage from 89% to 70%.  Randolph is a fantastic player who seems to have lost some confidence here during conference play.  Let’s hope he, and the rest of the Cats, can get back to early season form and build some confidence as they hope to finish out the regular season on a high note.

Arizona was only allowing 65 points per game in non-conference play.  That number has jumped to 73 for league play.  Pac-12 teams are shooting 39% from 3 against the Cats, making them the worst team in the conference at defending the 3.  This is a dangerous recipe as the Utes come into this game with the most 3-pointers made and attempted in the Pac-12.

Summary:  In their last matchup in Tucson the Cats came away with an 84-81 overtime victory.  Barefield torched the Cats with 26 points making 5 out of his 9 attempts from 3. Donnie Tillman contributed 21 points on 70% shooting for the Utes.  For the Cats, Brandon Randolph and Chase Jeter led the way with 21 points each and Jeter also grabbed 13 rebounds.  Randolph scored 21 points that game despite making only 1 of 9 shots from 3.

This game is the Tale of two opposites.  Utah has great offense but lackluster defense while the Cats have great defense with lackluster offense.  Ratings by Ken Pomeroy (kenpom.com) have Utah at 25th (113.7) in the country for adjusted offensive efficiency while the Cats are ranked 150th (105.2).  Conversely, the Cats are 53rd (96.8) in the country for adjusted defensive efficiency while the Utes are ranked 248th (108).  (These ratings are, basically, based on points scored and points allowed per 100 possessions).

Utah has two of the best 3-point shooters in the Pac-12 in Barefield and Parker Van Dyke, who are both shooting 40% from 3.  The Utes have a lot of firepower in their lineup and the Cats will have to find a way to keep up.  Barefield, Allen, and Tillman are all in the top 10 in the Pac-12 for individual offensive rating (which is a measure of a player’s possessions and points produced).

Arizona’s 1-6 slide has come on the heels of sophomore Emmanuel Akot’s decision to leave the team.  It’s difficult to assess just how much a team can be effected by the sudden departure of a teammate and friend and, now, the departure of assistant Coach Phelps as well.  Throw in injuries to Jeter and Williams and the Cats have had a lot to overcome this season.  Even though Akot didn’t fill up the stat sheet he contributed in a lot of different ways.  Within the story of the numbers there are a lot of variables, and numbers can be misleading at times or only tell part of the story.  But all we know is that with Emmanuel Akot on the court this team was allowing 66 points per game.  Without him, 76.  With him they were scoring 75 points per game.  Without him, 66.